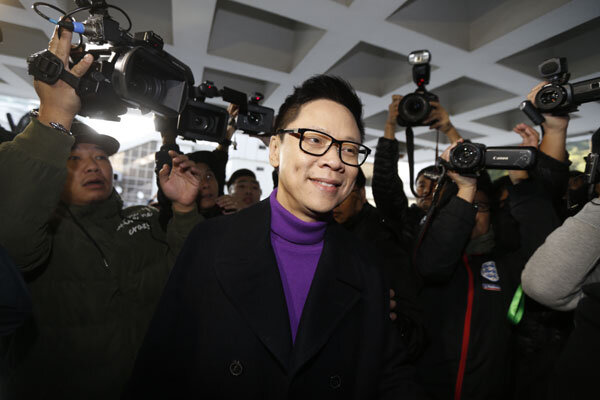 On 14th March 2017, the Court of Final Appeal (“CFA”) delivered its judgment in the high-profile bribery cases of Chan Chi Wan Stephen (“Chan”) and Tseng Pei Kun (“Tseng”) (FACC Nos. 11 & 18 of 2016) (“the Judgment”) in which the CFA unanimously allowed the appeals and quashed the convictions of the appellants.

The Judgment clarifies the scope of sections 9(1) and (2) of the Prevention of Bribery Ordinance (Cap. 201) (“POBO”) by setting out the CFA’s interpretation of the element “in relation to the principal’s affairs or business”, which has significant implications on Hong Kong’s anti-bribery regime.

Chan was employed as General Manager (Broadcasting) by TVB and he hosted a popular show, “Be My Guest” for TVB with no remuneration for his services. Tseng was the sole director and shareholder of a company (“IEAP”), whereby both he and IEAP acted as Chan’s agents in respect of his outside commercial engagements.

The incident arose from Olympian City’s (“OC”) collaboration with TVB over the past few years to sponsor a New Year’s Eve Countdown show (“Countdown Show”) which would be produced by TVB and broadcasted from OC for promotional purposes. In November 2009, OC agreed to pay $1.3 million to TVB to produce the Countdown Show on 31st December 2009. The parties also wanted to add Chan’s show as a segment ancillary to the Countdown Show, and they agreed that on top of the $1.3 million budget, OC would pay Tseng for Chan to appear on a live staged version of Chan’s show for a fee of $160,000 payable to IEAP. IEAP agreed to pay $112,000 to Chan, $20,000 to the guest Lai Yiu Cheung and $28,000 to itself. However, Chan did not seek or obtain permission from TVB to appear on or to be paid for hosting his show although he had a contractual obligation to seek approval for outside work.

Chan and Tseng were charged with conspiring for an agent to accept an advantage contrary to s.9(1)(a) of POBO and, alternatively, with the substantive offences of an agent accepting an advantage (in Chan’s case) and offering an advantage to an agent (in Tseng’s case)

Chan and Tseng were initially acquitted at first instance but found guilty of bribery by the Court of Appeal. Their convictions were eventually quashed by the CFA.

he CFA held that proof of mens rea is required for each variant of the section 9 offence, and that the mens rea requirement is necessarily adapted to the elements of that variant. This requirement is even more important in cases involving inducements for a future act or forbearance, as the offence is committed upon the making of the offer, solicitation or acceptance. The CFA also stressed that the liability of each person involved in the transaction must be independently assessed according to his own mens rea, so it is possible that the accepting party be acting corruptly but the offering party be acting innocently.

Issue 2: Interpretation of the element of “in relation to the principal’s affairs or business”

The majority of the CFA ruled that Chan was not acting “in relation to his principal’s affairs or business” when he accepted $112,000 as an inducement or reward for appearing on the live staged version of his show. As such, his conduct fell outside the scope of section 9 of the POBO.

In addition, the CFA ruled that it is not the legislative intent to stigmatize conduct of an agent which is beneficial to and congruent with the interests of the principal as criminal. Therefore, since Chan’s hosting of his show at the Countdown Show helped boost TVB’s rating, the CFA found that his conduct was beneficial to his then principal, TVB and Chan was thus not acting “in relation to his principal’s affairs or business” within the meaning of section 9.

Ribeiro PJ provided a few hypothetical examples to demonstrate situations where no direct economic detriment was suffered but the acts involved could still fall under section 9 of POBO as corrupt transactions:

a. An employee, A, is a manager with authority to select subordinate employees in his department for promotion. He accepts gifts from a subordinate’s parents who make it plain that they expect their daughter to get promotion, as she does. The employer suffers no detriment (if she is up to the job) but the corrupt transaction, if revealed, will damage its reputation with its other employees.

b. An employee, B, is in charge of a confidential tendering process. Shortly before the closing date B accepts a bribe from X to reveal the lowest tender price so far submitted (say $900,000), thus enabling X to submit a successful tender of $850,000. B has apparently saved his employer $50,000 (if X does the job properly) but the breach of confidence has impaired the relationship of trust and loyalty and the corrupt transaction, if revealed, will damage the employer’s reputation with its regular suppliers.

c. An employee, C, runs the department selling electronic toys in a large store. At Christmas there is intense demand, exceeding supply for a particular toy. C takes a bribe of $500 from a customer to jump the queue on the waiting list. The store suffers no financial loss but the corrupt transaction, if revealed, would damage the store’s reputation with its regular customers.

In other words, the test of whether one’s act is “in relation to the principal’s affairs or business” depends not only on the fact that an inducement or reward was offered or accepted, but whether the relevant person’s act undermines the integrity of the agency relationship by injuring the bond of trust and loyalty between the principal and the agent.

As the majority opinion of the CFA held that there was no proof of conduct on the part of the appellants that prima facie constituted a section 9 offence, it did not discuss the proper approach the CFA should adopt in considering the defence of reasonable excuse. However, Tang PJ reached the same conclusion (that is, to quash the convictions of Chan and Tseng) by a different route. He stated in his opinion that the deliberate removal of the word “corruptly” in section 9 (which had previously been found in an earlier iteration of the POBO) is significant to the effect that section 9 does not require that any payment for a forbidden purpose must be made with a corrupt motive. Therefore, Chan’s accepting of $112,000 to appear on his live staged version of the show was undoubtedly “in relation to his principal’s affairs or business”, given that the Countdown Show was televised by TVB, and Chan’s show was part of the programme.

But Tang PJ was also of the view that while Chan’s conduct did come within the ambit of section 9, he had a reasonable excuse to accept the advantage as the facts showed that TVB must be taken to have consented to Chan performing in the programme and be paid for his appearance, and that Chan honestly believed that TVB would not object to his accepting the advantage.

.
In short, the Judgment provides a more liberal and commercial approach to section 9 and moves away from the rather broad interpretation previously adopted by the Court of Appeal which bordered on strict liability. In view of this CFA judgment, for section 9 to apply, the relevant transaction must undermine the integrity of the agency relationship and injure the relationship of trust and loyalty that a principal is entitled to expect from his agent, as opposed to the Court of Appeal’s interpretation where a mere payment would prima facie suffice to establish liability.

As a result, “moonlighting” per se would not automatically render a person liable for corruption offences under section 9 of POBO, and the ICAC would need to prove the aforesaid elements set out in the CFA judgment.